Yesterday I had surgery on my right foot to release my plantar fascia.  I’ve been having a lot of pain in both feet for quite some time and I will be having my left foot done as soon as the right foot is healed enough.  After the anesthesia wore off, I was in a lot of pain.  But my pain meds have finally kicked in and I have been feeling a lot better for the last several hours.

This morning, I read this blog and now I’m doing some serious thinking.

Yesterday I received the written results of some psychological testing I had done.  The psychologist had given me a general idea of the results once the testing was complete, but the full results are stunning.  He diagnosed not only the Bipolar I and Generalized Anxiety, but also OCD, Panic disorder with Agoraphobia and Personality Disorder not otherwise specified, which, if I understand correctly means that there are some indications of Schizophrenia but not enough to diagnose it definitively.  He further states that I am not capable of gaining and maintaining any sort of employment and that it is probable that I never will.  He goes on to say that he does not believe that there are any psychiatric or psychological treatments that will improve my ‘current precarious’ condition.

I am constantly struggling with perception issues between mental illness and physical illness.  Anyone who sees me wobbling around on my crutches in my boot cast knows automatically that something is wrong with my foot and will allow for my slow pace.  When I say that I am in pain, they understand the type of pain I am talking about.  The medicine is working to alleviate the symptoms and in a couple weeks I will no longer need it, as my physical problems will resolve.

My mental illness is a whole other ball of wax.  The fistful of pills I take every night are just managing to keep me out of the psychiatric ward.  Therapy two times a week is just managing to keep me on an even keel.  But, this illness is invisible to those around me.  There are no allowances for my slow pace because I look fine.  No one understands that the medication is not going to cure me.

If I can’t explain what is wrong with me, how can I expect anyone else to understand?

Mental illness is like a fingerprint.  No two are alike.  My situation is not someone else’s situation.  They may be similar, but there are differences in causes and reactions.  Someone else’s  medication ‘cocktail’ is different then mine. But, where we are similar, is in other people’s perception of our disease.

We, those of us with mental illnesses, need to start speaking up.  We need to start helping those of you who are “normal” understand what we are going through.  The mainstream population needs to see that there are people like us who are NOT committing violent crimes.  Because mental illness usually only gets press coverage when someone shoots up a church or a school.  This makes the general public look at all of us as if we are the next crazy person to become a menace to society.

But the majority of us are just trying really really hard to get by.  We want you to see us as normal so that you don’t reject us.  But, what we really need to do, is to show you how we feel.  And that means we need to start telling our stories, no matter how much we fear the rejection.  I don’t think that there is another way of educating the general public and thereby reducing the negative perceptions of the mentally ill.

Thank you for your comments! Cancel reply 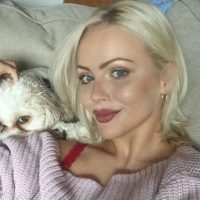