So, recently I have been posting a lot about the evil MIL and how she triggers me at every turn.

And she does.  It’s almost like she’s trying sometimes.

But, the thing is, she’s not a terrible person.

Her husband, my FIL passed away 5 years ago.  Her daughter, who was my friend before she introduced me to her brother, who became my husband, stole her identity and racked up about $6,000 in debt.  At this time SIL was living in a house I owned and was using the stolen money to pay me rent.  I ended up losing the house in foreclosure (a very long dirty nasty tale for another time).  ANYway, it comes time for MIL to retire from a very good job mind you, but she realizes, and hubby and I realize, that there is no way she can continue to live on her own in the house that she and FIL lived in because her credit is shot to shit because of her daughter and she never learned to curb her spending after FIL died.

So, the only real solution was for her to sell her house and move 5 states away from her friends to move in with us.  We would house her rent and utility free and she could use her small pension and pittance SSI to do things she wants to do.  Of course, her house had not been updated since the late 70’s/early 80’s (think dark paneling and popcorn ceilings).  So, in a competitive market, she wasn’t going to get much.  I was able to use my experience from what had been my very lucrative career before I lost my marbles to help her save as much money as possible on the sale, but she still ended up with way less then she had hoped.

So, we packed her up, moved her South and have watched the depression kind of settle in.

I often complain about MIL as she tends to aggravate me on an ongoing basis.  But she is also very kind.  She has been driving me around on and off for the last couple months as I’ve gone through 2 foot surgeries.  She has been doing all of my household chores, including cooking and packing dinner for hubby every day, while I have been laid up.  I complain about her buying a lot of junk food (which does irritate the living crap out of me) but she also buys meat and kitty litter and cat food and multiple other things that we do need desperately.  Granted she is shopping because it makes her depression feel better, but I can only deal with one crazy person at a time, and I’m closer to me then she is, so I win.

My point is that, while I complain about her because she triggers me a lot, there are a lot or really wonderful things about MIL and I love her very much. 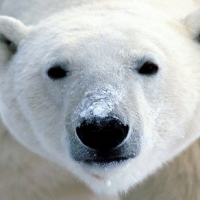 life & death in the intertidal zone