It’s happening again.  That slow decline.  The passive suicidal thoughts start to emerge, start to bleed into my regular life.  I push back, try to make it go away.  So far, I’ve been unsuccessful.  My therapist and psychiatrist both know now.  I took that leap last week.  But, it’s getting worse.

I’ve had a really weird year.  For a long time I’ve really had nothing to say.  Then, in December, my grandmother passed away.  She was my last living grandparent, and considering I was 49 at the time, that was saying something.  She was my grandmother, my friend, my champion and I loved her dearly.

During my mourning I contracted the flu.  A real bad one.  Hubs took me to the hospital, I couldn’t stop throwing up and I could barely move under my own power.  My blood pressure when I got there was 177/144.  They chalked it up to being in the hospital and being that sick.  It turns out that while I was getting sick, I had forgotten a lot of things, the worst of which was that I was mentally ill and took a ton of meds to keep it under control.  The nurse at the hospital said to make sure I restarted them right away.   As the flu became a memory other symptoms ramped up.  I fell constantly.  My memory was in the toilet.  Hubs brought me my meds in the morning and in the evening and cajoled me into taking them.  But I was having a hard time following directions.  It was like I didn’t understand what the words meant anymore.  I ended up in the emergency room two more times, by ambulance, due to bad falls (one was in the bathtub) inability to follow directions, severe headaches and inability to use my right leg.  Every time they sent me home.  The fourth time, again by ambulance, and because this time I also lost consciousness, my husband refused to take me home.  By now I had four CAT scans and they all showed nothing.  This visit was no different.  Hubs said that they had to keep me.  He wasn’t taking me home.  The doctor made a fuss, but they kept me and the next morning I had an MRI.  That MRI showed, what they believed at the time, FIVE strokes.  My heart was fine, I had a bunch of tests, but my brain was FUBAR.

I ended up at Mayo Clinic trying to get some answers.  It took two trips to Florida to find out, but I hadn’t had a stroke.  I had PRES.  Posterior Reversible Encephalopathy Syndrome.  Basically, my blood pressure had spiked extremely high (remember that 177/144?) and the vessels in my brain leaked blood onto my brain.  This mimics a stroke.  It can also cause a stroke or hide a stroke but that wasn’t my experience.  I’m still recovering from all of this and probably will be for awhile yet.

But here’s the thing.  My mental illnesses?  Gone.  I felt fine.  I felt mentally better then I had in years.  My neurologist (who has a dual degree in Psychology) was very curious about the phenomenon and we continue to talk about it.  Unfortunately, since I don’t have an MRI of my brain prior to the PRES, he can’t really study me to see what’s up.

But now, I know.  The blood hid my symptoms.  It hid my symptoms very very well, and I have had an enjoyable reprieve.  But as the blood recedes from my brain, my symptoms are coming back.  The depression has made it’s presence known on a few occasions.  And now I’m living with the constant weight of passive suicidal thoughts.    Again.

The fight begins anew, although I’m beyond grateful for the break. 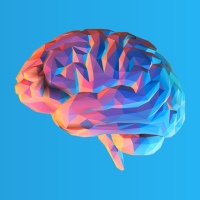 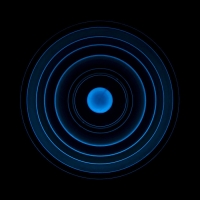 Navigating the world while at war with my brain.

Fighting the current of life.

If you want to know more about bipolar disorder, other mental illnesses and/or mental health advocacy, you are in the right place.

Kate Is Rising
Bipolar and the Buddha

My blog about the intersection of Bipolar Disorder and Buddhism

Philosophy is all about being curious, asking basic questions. And it can be fun!

Mental health blog by a service user with bipolar disorder. Winner of the Mark Hanson Award for Digital Media at the Mind Media Awards

It's OK to feel lost every once in awhile

Phil the Pill
Billy in Blunderland
To Be an Equal

A Day in The Life of Micha, the Author, the Therapist.